​My TED-style talk on

how to create a culture of innovation​​​ 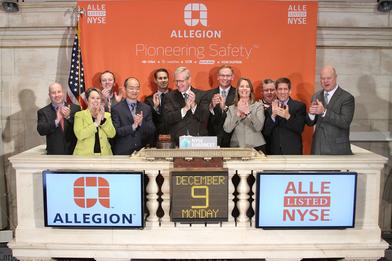 Allegion plc spun off from Ingersoll Rand in December, 2013 and is an NYSE-listed, S&P 500 provider of safety and security products and solutions worldwide.  As SVP of Engineering, responsibilities include over 600 engineers in multiple locations globally, including teams developing advanced mechanical, electronic, and software products.