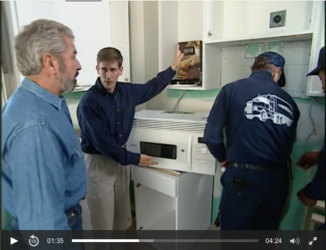 Directed electronics development for all appliance and lighting product lines, leading a team of 120 engineers

Promoted to Technology Manager, an Executive Band position, leading a team of 26 engineers in the US and Asia responsible for developing microwave oven and air conditioning products

Led the design efforts on the Advantium program, GE Appliances’ most important innovation in over 20 years